In Yugoslavia, after the end of World War II, a new and major importance was conferred to the role of cinema by the Tito regime. In a very short time, hundreds of new cinemas were built, Europe’s largest film studio was founded in Belgrade and Slovenia’s Iskra began the mass manufacture of 35mm film projectors. The most legendary of these would be the NP-21 (NP stands for Narodni Projektor, the Projector of the People). For Projektor, an NP-21 is completely dismantled. A mould is made of each separate part, which is subsequently cast and finished in bronze, then reassembled into a new, functioning and monumental projector. We filmed the entire process on 35mm film, registering the beauty of the original craftsmanship at the foundry and the material similarities between the bronze and the reel of film. The observation that a projector reveals the process of its own making reaches further than a purely conceptual statement. This project is at the same time an ode to producing things by hand, and to how, during the course of the 20th century, that crafting by hand underwent such fundamental change. 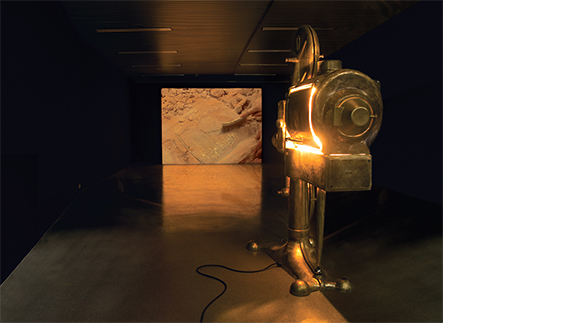 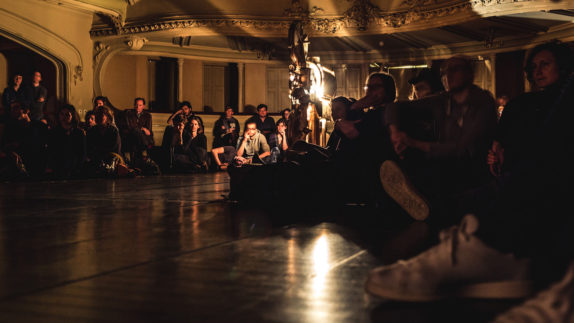 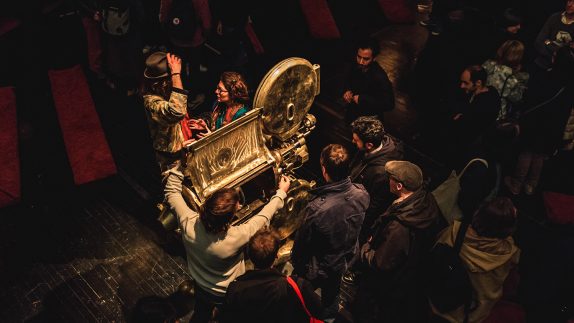 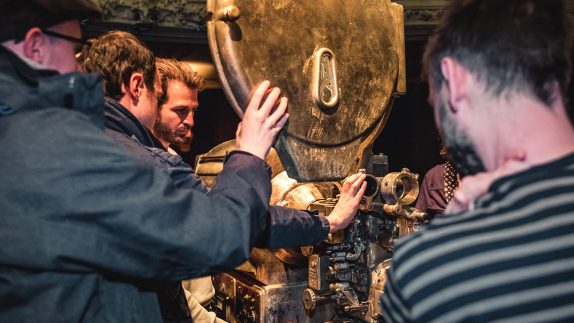 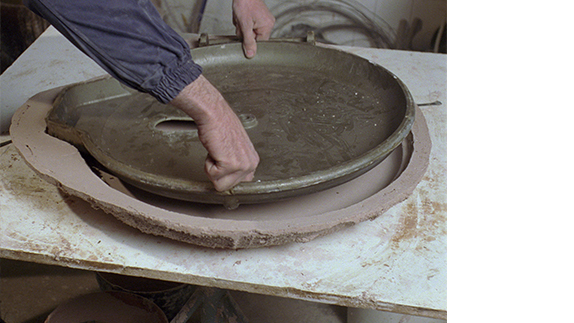 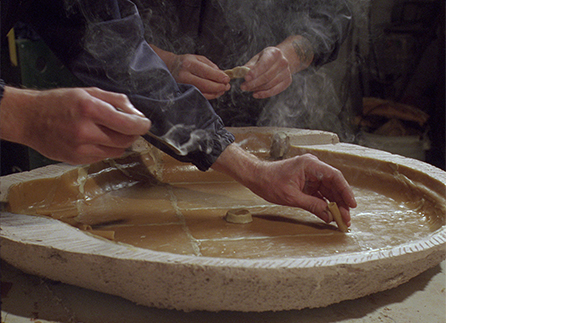 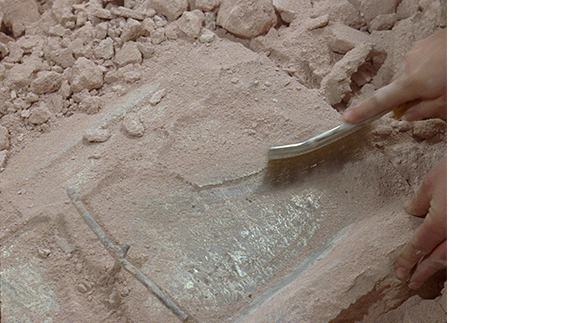 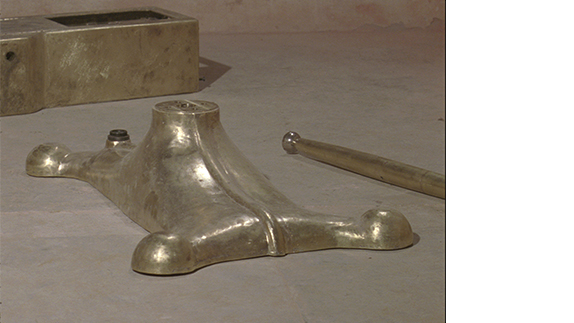